A blog for senior healthcare information, wouldn’t be complete without a presentation regarding antibiotics.

Antibiotics reduce temperature, relieve inflammation and pain and maybe do a few other things along the way. Are antibiotics good for you or not? This article presents a sampling of the information available on this topic.

A previous article identified common infectious diseases and discussed ways to prevent the spread of illnesses, by following good and sensible practices.

The human body is so fantastic. It has its own immune system set up in defense against the different types of pathogenic microorganisms that try to invade the body. Only if a pathogen manages to enter a host (a person or an animal) and get past the immune system, then and only then, can the pathogen get to work, in making its host unwell.

As listed by the World Health Organization (WHO) regarding infectious diseases, there are a number of types of pathogens, some of which are: bacteria, fungi, viruses, parasites.

Antibiotics help treat minor infections as well as infections that affect the entire body. Many people succumbed to minor illnesses before the discovery of antibiotics. In those days when surgery was performed infection followed, often with challenging results.

How do they work for us?

Antibiotics delay the multiplication of, or destroy bacteria. Antibiotics only help for bacterial infections. They do not have that effect against viruses, fungi or most parasites. In the case of a secondary infection, antibiotics might be prescribed, such as for an infection that is bacterial but, which was brought about by a virus.

The antibiotics begin to work as soon as a person takes them. However, depending on what is being treated and how early the antibiotics were administered, a person may only begin to feel better after 2 or 3 days.

Certain types of antibiotics can leave a person with fatigue. One reason might be that good bacteria that are killed ‘along the way’. As a result, let’s say, of a lack of helpful bacteria in the gut, nutrients might be absorbed differently. A different reason for the fatigue could be that a person became dehydrated.

People are advised to eat carefully and drink sufficiently when taking antibiotics, and for a while afterwards until the body regains its strength.

When required, antibiotics should be taken as prescribed by the doctor. Sometimes a doctor will advise not taking antibiotics. In senior healthcare it depends on the circumstances in each case, and the age and strength of the person.

There are different opinions as to how to get the body to bounce back  after a course of antibiotics. Before starting any remedy, especially of the alternative type, seniors as well as younger people should run the remedies by their doctor for the doctor’s approval.

For senior healthcare antibiotics are a greater issue. Infectious disease consultants are sometimes involved. They are concerned about adverse reactions to medicines and antibacterial resistance in patients that are older.

For the general population there is concern regarding the overuse of antibiotics. For seniors, some of whom are more frail, this concern is more pronounced.

With some infections, the body could really gather strength and fight the infection on its own, but antibiotics is used instead. The bacteria adapt to the regular antibiotics which no longer have any effect, since the bacteria became ‘super-bacteria’. Stronger medicine is then required to have the desired effect.

This is known as ‘antibacterial resistance’. It has been identified as quite a serious problem.

Antibiotic resistance also develops when a person begins a course of antibiotics but does not finish it. The bacteria are exposed to the medicine but not destroyed by it. The bacteria can become immune to that medicine.

The advice given, is to take antibiotics as and when directed by the doctor. As an example of careful use of antibiotics, a person should not take more than prescribed to try and make it work better, nor less than prescribed in order to save the medicine for a different time.

This discussion can be left open-ended. Each person should do what they can do to stay healthy, using antibiotics when needed. The doctor should be a source of information and support. Ask the doctor to explain how to get the benefits of this type of medicine, while taking precautions as to any side effects.

It is usually wise to enrich your knowledge of senior healthcare information as to any medicine taken, to balance the benefits and side-affects associated with any medicine. 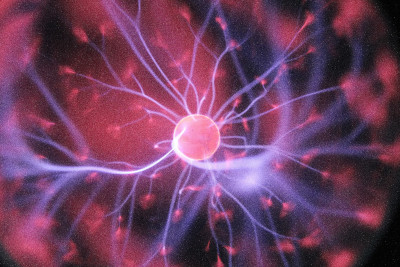 This is a picture of a plasma ball, actually. But you could imagine that, that is how antibiotics look as they flow through the bloodstream…

Photo by Hal Gatewood on Unsplash

Get news from Castle Senior Living via email